This publication is the text of a speech pronounced at the Permanent Representation of the Republic of Korea to the United Nations, during a side-event to the Xth NPT Review Conference, on August 1st, 2022. Participants included HAM Sang-wook, Deputy Minister for Multilateral and Global Affairs, Korean Ministry of Foreign Affairs; Philippe BERTOUX, Director for Strategic Affairs, Security and Disarmament, French Ministry for Europe and Foreign Affairs; Elisabeth SUH, Research Fellow, Security and Defense Program, German Council on Foreign Relations (DGAP); and Jenny TOWN, Senior Fellow and Director of 38 North, Stimson Center.

The North Korean nuclear and ballistic crisis remains the most significant nuclear and ballistic missile proliferation crisis of the 21st century. For decades, North Korea has remained uncompromising in its objective to develop nuclear weapons, ballistic missiles and other weapons of mass destruction in the face of various international negotiation strategies based on sanctions and incentives, in bilateral or multilateral formats. Yet not only are North Korean capabilities continuing to grow in a highly concerning way, but the situation could get worse in the coming months.

The nuclear and ballistic missile programs are in a phase of consolidation after considerable technical progress, and they have been gradually institutionalized. All phases of North Korea’s nuclear weapons program are currently continuing, including efforts to further miniaturize its nuclear warheads and improve their deliverability, reliability, safety and security.

North Korea has a large number of facilities, from uranium mines to refineries, nuclear fuel plants, nuclear reactors, reprocessing facilities and research facilities. The Yongbyon nuclear centre, located 80 kilometers north of Pyongyang, is the most publicly acknowledged, but contains only a limited proportion of the facilities that are scattered throughout the country.

While the regime has announced that it has ‘miniaturized, lightened and diversified’ its weapons, questions remain about the operability of North Korea’s arsenal without further testing, including its ability to equip long-range missiles with nuclear warheads. Nonetheless, North Korean capabilities, as well the proliferation risks, should not be underestimated.

Since Kim Jong Un came to power, these weapons have been institutionalized. North Korea’s Constitution was revised by the Supreme People’s Assembly ten years ago to make the country a ‘nuclear-weapon State’. North Korea is the only country to have constitutionalized the possession of such weapons. The gradual institutionalization of these weapons means that they are no longer simply owned by the regime; they are also an integral part of its identity, making their abandonment almost impossible in the short term. 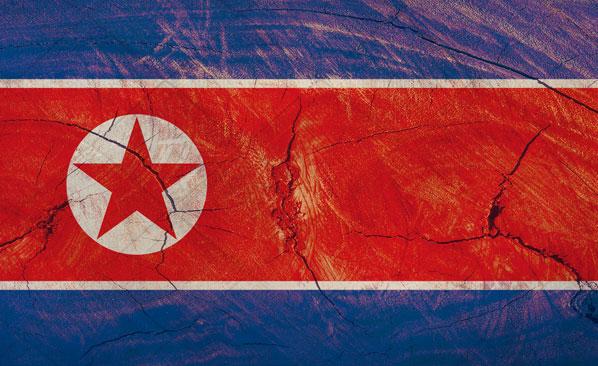 Speech at the side-event to the NPT RevCon, “North Korea: addressing the nuclear challenge”