On September 25, 2017, the Kurdistan Regional Government (KRG), chaired by Massoud Barzani, held a referendum on Kurdistan's independence throughout the country, including the disputed territories with Baghdad. The result left no doubt about the Kurds' desire for independence. The "yes" vote won with 92.73%.For more information on the referendum, see our article Adel Bakawan, "Iraqi Kurdistan: Is independence possible?", Revue Moyen-Orient, N°37, January 2018. However, no country in the world has "officially" recognized these results, in fact, quite the contrary. The rejection of the consultation on both the regional and international scenes is categorical, which encourages the Iraqi government of Haider al-Abadi to take advantage of this rare opportunity since 2003 to strongly punish the KRG.On this subject, see the conference "After the referendum, what future for post-Barzani Kurdistan?”, organised by IREMMO, on December 5, 2017. http://iremmo.org/rencontres/apres-referendum-avenir-kurdistan-post-barzani/

On September 29, 2017, air links between Iraqi Kurdistan and foreign countries were cut off on the orders of Haider al-Abadi. On October 16, 2017, Popular Mobilization Forces militias and some Iraqi army brigades entered Kirkuk without fighting. It seems that the pressure from Washington, Tehran and Baghdad on the Talabani family worked because they ordered their "peshmergas" to leave the city and deliver it to the militias of the Popular Mobilization Forces.This implicit agreement between Washington, Tehran, Baghdad and the Talabani family was unveiled by Lahur Sheikh Jangi Talabani, the head of the UPK's anti-terrorist brigades, who was personally involved in a very conflictual relationship against the Barzani family. He, himself, is identified by the KDP as one of the main perpetrators of the fall of Kirkuk. Press conference by Lahur Sheikh Jangi Talabani, October 23, 2017, Iraqi Kurdistan, Sulaymaniyah. We can find the entire conference on his Facebook page: https://www.facebook.com/LahurTalabany/ This was done against the will of the Kurdish Patriotic Union’s political bureau which wanted to organize a "resistance" in Kirkuk. The KRG lost almost all the territories disputed with Baghdad. The fall of Kirkuk was experienced as a humiliation, by the Kurds, comparable to that experienced by the Sunnis during the fall of Baghdad in 2003. On October 29, 2017, KRG President Massoud Barzani sent a letter of resignation to the Kurdish Parliament and renounced his power."Iraqi Kurdistan: Massoud Barzani gives up being president", AFP, October 29, 2019. He left behind a KRG that would keep struggling for its political survival for several months, until May 2018, date of the Iraqi parliamentary elections, which will change the balance of power between Baghdad and Erbil.For more details on this phase, see Jordi Tejel's article, "Kurdistan in turmoil", Esprit, 2018/1 (January-February), pp. 26-29. DOI: 10.3917/espri.1801.0026. URL: https://www-cairn-info.ezproxy.universite-paris-saclay.fr/revue-esprit-2018-1-page-26.htm With the departure of Haider al-Abadi and the arrival of Adel Abdel-Mahdi, the new pro-Kurdish Prime Minister, a chapter is closing.

Taking into account this transformation of the balance of power, this note will highlight the political situation of the KRG between the two elections, federal in May and regional in September 2018, which will replace Massoud Barzani as Baghdad's privileged interlocutor with countries on the regional and especially international scene. Indeed, this "patriarch" -some of whom have announced his political end in November 2017- has been coming back in force since May 2018 and is once again imposing himself on the local, national and international political scene, as the only reference of the Kurdish movement in Iraq, but also as an "Iraqi" leader now in a position of strength to preserve the deeply fragile balances of the Iraqi equation. Secondly, we will discuss the nature and functioning of the KRG political system designed and implemented by the Barzani and Talabani families. Third, we will analyze the interventions of the KRG armed forces in the disputed territories and finally, we will shed light on the highly complex relationship between the KRG and the PKK. 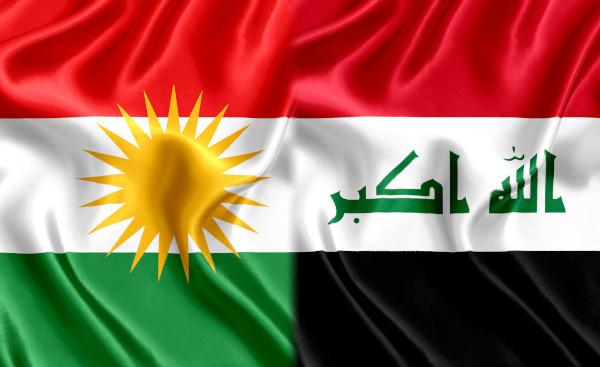 Kurds of Iraq in 2019 - Political situation, Security conditions and the status of the disputed territories