How can the complex defence materiel systems of the Armed Forces be rapidly adapted to new threats or tasks? This question is timely due to the combination of fast technological development and increased security policy tensions in Sweden’s immediate surroundings. Rapid adaptation is a challenge since short time conditions set other demands than what the regular defence materiel acquisition process is designed to deal with.

The need for rapid adaptation occurs when the existing equipment systems need new features in order to meet emerging threats or new tasks. The aim is therefore to rapidly reduce an unexpected gap in operational performance. It is not about implementing measures to achieve a previously approved level of ambition in less time, it concerns reacting to a new set of requirements. It is not about rapid acquisition of new equipment, but an adaptation of the existing systems. In other words, an innovative change in existing equipment systems.

Rapid adaptation may include various types of materials and systems levels. Rapid adaptation can also be implemented on different time scales - depending on needs and what is technically feasible. A characteristic of rapid adaptation is high complexity regarding the task, and great urgency for the implementation of a solution. The meaning of being fast in implementing a task under such conditions must be in relation to the conditions. Adapting software may be performed in a few hours or days. But adapting a material system can take months, up to a few years. In practice, therefore, the opportunity to be fast must be measured against the nature of the need. In some cases speed is sufficient, in others there is not enough time. Speed can in this case be twofold: the time it takes from identified need for adaptation, and the time it takes to perform the adaptation.

In the light of the Swedish Parliament's 2015 decision for the defence policy 2016-2020 that the foremost priority is to strengthen the Armed Forces’ operational capabilities, the ability for rapid adaptation is of focal importance. However, it is presently not clear how rapid adaptation of the Armed Forces’ most critical equipment systems would be carried out with assured quality and in a cost-effective manner. In order to be able to develop an ability for rapid adaptation, knowledge is needed regarding which conditions that make adaptation to a qualitatively higher capability feasible in short time.

The best source for understanding the needed conditions in order to realize rapid adaptation can be built up is through the actual available experience. In the Armed Forces as well as FMVFMV (The Swedish Defence Materiel Administration) is in charge of defence procurement and of commercial relations with suppliers. Note that in this text FMV is regarded as the focal actor organizing the rapid adaptation (together with supplying companies and also with other defence authorities). In other countries the organization and implementation of rapid adaptation might be organized differently. such relevant experiences have been obtained in the past ten years. In the research project Collaboration Program Integrated Defense Logistics, a part of the Armed Forces’ R&D activities, a research team at FOI has studied four such rapid adaptations for the Swedish Armed Forces. These four adaptations are:

Overall, these four cases span over Navy, Army and Air Force and the cases had very different demands and conditions. Together the four cases give insights on organizational solutions that have been proven to work. Based on the results of the four case studies, it is possible to identify experience and understanding that the Armed Forces and FMV can apply for effective rapid adaptation in the future.

In the studied cases, the rapid adaptation was implemented in temporary forms of organization that evolved between the participating agencies and companies. These forms of organization serve as arenas for cooperation between partner organizations. Rapid adaptation implies that it is urgent to change a materiel system’s functionality.  The meaning of urgency, and thus the importance of being fast in adapting, however, varies between different situations. The speed of adaptation of defence systems can be considered as a continuum. Different degrees of urgency affect what organizational solution is appropriate. Two fundamentally different types can be used as a basis for the development of organizational solutions for rapid adaptation: semi-integrated and heavily integrated team.

A semi-integrated team is suitable for the project with an extended implementation period - from about six months to two years.  This duration is still too short for a regular defence acquisition organization. The project has a strong time pressure, but the rush is not greater than that there is time to establish forms of cooperation based on that work is largely done within each organization. Organizational solution characterized by a structure in which the manager, probably FMV, has a big decision mandates between milestones. At each milestone a steering group has the responsibility to evaluate the results and assess the upcoming direction. The work is conducted mostly in the respective organization's internal line of business. Each party is responsible for different work packages, but there is great focus on coordinating interface issues of technical as well as administrative nature.

After a decision is taken to go through with the rapid adaptation, decision processes must start on how to conduct the cooperation. The processes are guiding for implementation. Considerable effort must be devoted to quickly establish procedures for communication, even if adaptations are made retrospectively as the needs for information sharing varies. Personal contacts is an important lubricant in order to allow effective communication, but these can be built up in the project.

A tightly integrated team lends itself to rapid adaptations carried out in a short time - from a few days to a few months. The big urgency requires that a joint project organization must be established in order to push the cooperation forward between the parties. The project work is therefore in practice independent from the parties’ regular line of business.

The adaptation must be driven forward at high speed, and FMV's project manager needs to have a wide decision mandate. Small, unexpected cost increases must not lead to halts in the cooperation. The project requires a close, integrated problem resolution between key people from the participating organizations so that the task gets its own organization in the shared interfaces. This means that cooperation largely will be conducted face-to-face, in the same place. The problem solution becomes largely shared, as the different parties' work packages are parallel and interdependent. Everyone must feel that they are primarily working in a joint project, not only as representatives of their organizations.

To enable rapid problem solving a shared vision must immediately be established on how the cooperation shall be implemented. The project requires a close and intense communication between participants from cooperation from the start. The working process of adaptation will be explorative, and likely require adaptations regarding how cooperation will be conducted when unexpected problems and challenges must be dealt with.

Cooperation must be driven with great force. This assumes that it is made clear who has the mandate to decide on important decisions regarding for example system security. Further, the representative of each line organization must be available for quickly dealing with issues outside the project manager's mandate.

Proposed measures for strengthening the ability for rapid adaptation

The defence agencies, particularly FMV but also the Armed Forces, must be proactive when it comes to the rapid adaptation of equipment system. Some suggestions for action will now be offered.

Rapid adaptation implies a situation when the Armed Forces has a need for a new solution dealing with emerging threats or new tasks and where FMV together with companies must solve the task. A task that is characterized by high complexity and great urgency. Implementation of rapid adaptation therefore requires close cooperation between authorities and companies.

The greater complexity and urgency - the greater need for integration within the cooperation. The requirement for speed means that a team must be established that partially operates outside the ordinary line structures, not least in order to achieve quick decision-making and effective problem solving.

The ability to conduct rapid adaptation of several parallel case for the national defence probably leads to considerable strain for concerned organizations. Knowledge for this is needed and routines, regulations and procurement procedures may have to be renewed. 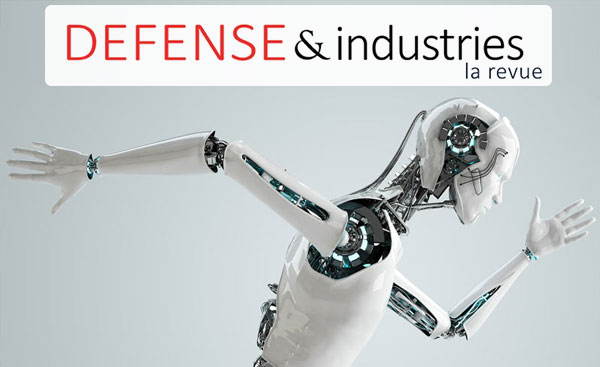