Note to readers: this scenario was originally commissioned and published by the EU Institute for Security Studies in Florence Gaub (ed.), ‘Conflicts to Come: 15 scenarios for 2030’, Chaillot Paper no. 161, December 2020. Text reproduced with permission."

Admiral Qian Lihua looked at the sky from the deck of the Shandong, China’s newest and flagship aircraft carrier. Even though dawn was now breaking, the dark grey colour of the sky made it barely indistinguishable from the ocean below. Some of my ancestors might have seen this as a bad omen, he thought. But he was confident that this would be one of the most glorious days of the People’s Republic. The People’s Liberation Army Navy (PLAN) had grown into a formidable force.

For days now, a barrage of several hundreds of ballistic and cruise missiles had saturated the island’s defence bubble. Most Taiwanese ports, air bases and unprotected communication centres were rendered unusable. The relentless assault was accompanied by electro-magnetic attacks which crippled Taiwan’s ability to defend itself. Only the northern part of Taipei was preserved for fear of accidentally bombing the National Palace Museum, which hosted the most precious Chinese historical artefacts and had been transferred hastily to the island in 1949. A massive cyber-attack followed even as underwater cables were cut off.

This was no strategic surprise, and tactical surprise had disappeared the minute the first missile had landed on the island. The People’s Liberation Army (PLA) was implementing its playbook, entitled ‘Joint Island Attack Campaign’.

The time had come and the order was given by Beijing. The amphibious assault began in the early hours of the morning. Tens of thousands of highly motivated and trained PLA soldiers loaded with medical stimulants and equipped with 3D goggles giving them real-time access to tactical information on their surroundings landed on the island. The first wave, on a dozen beaches of the west coast, and the ensuing long slog over Taiwan’s mudflats, were a bloody carnage for both the invasion force and the civilian population on the heavily populated coast. The landing ships came back to the mainland to bring fresh PLA troops. And they kept arriving, even when their numbers were reduced by Taiwanese mines in the straits and attrition on the battlefield, as airborne commandos parachuted in the rear seized other critical defence and logistical points in the island.

Meanwhile, the PLA Navy was stopping all Taiwan-bound tankers and ships navigating in the South China Sea.

Two days after the landing, it was clear that the island was resisting, both militarily and socially. But Beijing was in for the long haul. The plan was not to occupy Taiwan but to weaken it enough so that Taipei surrendered.

As America licked its wounds after the 2020 pandemic, under the stewardship of a Democratic administration, China became stronger if ever more authoritarian. Meanwhile, in Taiwan, the pro-unification forces got weaker and weaker.

Senator Rand Paul was elected president in November 2028 on an ‘American Rebirth’ platform.  He sought a new grand bargain with China, based on the idea of a ‘Free and Open Pacific Ocean’. But China sensed weakness. Toning down its aggressive diplomacy of the 2020s, it embarked on a quieter, humbler charm offensive in the region, based on smart investments in companies, NGOs and currying favors with politicians. The biggest success for Beijing was the patient construction of a de facto alliance with Indonesia.

In Zhongnanhai, the debate was raging about what to do with Taipei. The PLA generals insisted that a window of opportunity was opening. US military modernisation had been delayed by the budgetary cuts of the 2020s, but Beijing could perhaps not afford to wait for another decade. Especially with the growing recruitment problem the armed forces were having due to the dramatic fall in birth rates since the beginning of the century. This was now the time to incorporate Taiwan in the Republic, they argued. We will make it another Hong Kong, and then fully integrate it by 2049. The Americans will not have the stomach for a fight and some of their allies, like Thailand and the Philippines, are now outside their sphere of influence. It is maybe now or never. President Li was hesitant. He had been elected just one year before, following Xi Jinping’s sudden death, and his power was less assured than his predecessor’s. Consensus was important. “We will wait for the right moment”, he said.

They did not have to wait for long. President Paul had agreed to support some of the candidates running for Congress at the November elections. One evening in September, he was asked by a crippled veteran of the 2026 Great Persian Gulf war whether he could ask Americans to die for Taipei. That evening, he was exhausted by a mild illness he had suffered the week before and reportedly preoccupied by family problems. While he did not realise it, his reply would earn its place in the history books: “Actually, I’m not sure that the fate of one little island is a truly vital interest of the United States… I mean… Of course America would defend itself and its allies against any aggression but… What I mean is… I don’t want to send our sons and daughters to fight in distant parts of the world just because of the tantrum of some local president… That’s not what I was elected for”. Historians warned that this could go down in history as the equivalent of Secretary of State Dean Acheson’s 1950 speech in which he explained that the Korean peninsula was not part of the US “defensive perimeter” – which was interpreted as a nihil obstat for the invasion of the South.

They were right. The decision was made to attack the island after the October 4 anniversary celebration, taking advantage of the movements of troops needed for this year’s massive parade. October was also a good month weather-wise, with a limited chance of heavy storms.

Beijing did not have to worry too much about the other actors in the region. South Korea was too busy with the North, and Russia would obviously remain neutral. The most important parameter was the attitude of Japan. Here China played its hand cleverly. In late September, emissaries of Beijing secretly went to Tokyo to propose a groundbreaking deal: the People’s Republic of China (PRC) would publicly acknowledge Japan’s sovereignty on the Senkaku/Diaoyu islands provided that Tokyo gave private assurances it would not interfere in a conflict over Taiwan – and forbid the use of its territory for military purposes by any outside power during such a conflict. An ageing and weakened Japan, which had not yet recovered from the Great Tokyo Earthquake of 2027, agreed.

As Asian markets lost 25% of their value in less than two days, America was hesitant. In the White House, President Paul faced mounting pressure to intervene immediately to restore the credibility of US commitments and alliances. The tipping point came when images appeared in the media of several dozen dead Americans who had been living in Taiwan.

But Pentagon planners were about to face their biggest challenge in decades. The use of Forward Deployed Naval Forces (FDNF) in Japan was now impossible. So they decided on a different strategy: while Guam- and Hawaii-based were rushing to the conflict zone, the US Marine Corps would open a new front in the south and attempt to bottle up the PLAN in the South China Sea, as envisioned by the new USMC doctrine of 2020.

Railguns and swarms of armed drones began to destroy PLAN ships, while Marines began ‘island-hopping’ and destroying Chinese infrastructures built on disputed islands. But this was not an easy task. China managed to activate computer viruses that had been implanted in US command, control and communication systems.

Meanwhile, Europe was panicking. Even though it had reduced its economic and financial ties with China, its financial markets had plunged almost as much as Asian and US ones. As populist forces argued that Europe “should have no dog in this fight”, there were pressures from Washington for Europe to “hold the fort” on the continent and increase its naval presence in the Persian Gulf to ensure no other country would take advantage of the situation. A UK- and France-led naval task force was sent to the Malacca and Lombok Straits to ensure freedom of navigation. Beijing warned London and Paris to stay out of the conflict, publicly reminding them that European territory was vulnerable to its intercontinental missiles. In return, London and Paris made a solemn joint statement affirming their willingness to “protect their national and European vital interests by whatever means necessary”.

China struck back. It destroyed twenty US satellites in a few hours. On Monday, 29 October, a nuclear weapon exploded in the atmosphere over Hawaii, creating havoc in electronic circuits all over the archipelago. But the Pentagon was ready. As directed by President Paul in case such a scenario happened, US forces began to unleash hell on the PLAN. Its bases and forces on the mainland were methodically destroyed, even at the price of significant collateral damage. The Chinese had not anticipated that war would come to their shores. Despite the suppression of social networks, it was becoming clear that the population would not tolerate this. Images of thousands of grief-stricken families lamenting the loss of their loved ones multiplied in the media. The China Dream had turned into a China Nightmare.

Under strong pressure from Congress and public opinion, newly-re-elected President Paul was driven to adopt a new stance towards Beijing. “We have no choice but to contain any further expansionism of Chinese power”, he said in his 2031 State of the Union address, “even if it means that a new bamboo curtain is drawn in Asia”.

The US administration announced a costly and painful five-year plan to become “independent from China” and cut off its access to US financial markets. It terminated the US-Japan and US-Korea alliances.

The electronics industry suffered from the war and had to be completely reorganised. A US-European financial conglomerate was rapidly created to help rebuild national manufacturers of computers, smart phones and semi-conductors.

2031 thus marked the symbolic end of globalisation. Meanwhile, Beijing sought a new strategic partnership with Russia, who had patiently waited on the sidelines and was now in a much better negotiating position than had been the case earlier in the century.

Taiwan was unconquered but considerably weakened. And now, it was on its own. In Zhongnanghai, options on what to do next were discussed. Should Beijing propose a ‘truce’ to Taipei? Offer a new ‘partnership’ with the island? Should it make a new attempt next year? The Central Military Commission arrived at a consensus: Beijing would bide its time, but Taiwan would be fully reunited with China before 2049.

But unrest is stirring in China. 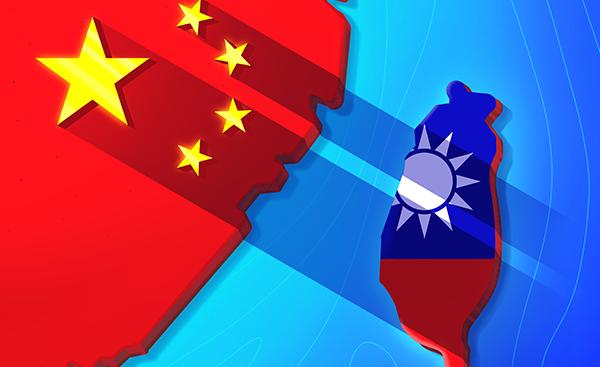 China crosses the Rubicon: a scenario for war over Taiwan