In September 2016, Russia held joint naval manoeuvres in the South China Sea with China, bringing some of its best ships to the party. Two weeks later, China shied away from joining Russia in a veto of yet another Western resolution on Syria at the UN. The discrepancy sums up the extent and the limits of the strategic convergence between both countries.

The “axis of convenience” between China and Russia has, without question, grown larger. And the positive dynamics pushing cooperation forward are largely economic. But there is also a negative dynamic, coming from the West. Both countries have a perception of regime insecurity that emerges from the international promotion of democracy, and the attractiveness of corruption-free and comparably safe Western societies for individuals, be they Chinese or Russian.

But economic growth isn't the only thing drawing China and Russia together. The possible eastward extension of NATO, the high-tech superiority of the US and other Western armaments has not been undermined by the financial crises and political uncertainties of established democracies. This is why China and Russia describe their moves as reactive rather than assertive. For Russia, it means the possibility of mounting pre-emptive strikes and sudden regional escalation that leads to conflict dominance, as is the case today in the Syrian civil war. For China, it is the endless increase in military spending and deployment, and the game it is playing in the empty spaces of the South China Sea, East China Sea and border areas with India. Here again, the comparison reveals differences: Russia has conducted or directly condoned hot wars, from Georgia, Chechnya, and Serbia to Crimea, the Donbas and Syria. They target or concern large civilian populations. Instead, China fills open spaces, sometimes turning them into military assets. So far, it has lived up to its affirmation that it “will not fire the first shot”. Military adventurism is very far from the Chinese tradition, which is to take a much more comprehensive view of national power and influence.

Still, the China that has refused to enter into any alliances since the demise of the Sino-Soviet treaty in 1960 currently has its second track experts debating the opportunity of a new alliance with Russia. Indeed, there are few strong justifications for such an alliance, but many opportunities to team up on an issue-by-issue basis. Both China and Russia share a track record of flouting or rejecting international law on territorial issues, although in very different situations. Invoking and restraining the UN is becoming a key topic of interest as China’s budgetary influence over the organisation has grown considerably in recent years. Bridging the Eurasian landmass with strategically significant projects that might somewhat balance the US domination at sea is another cause – although the writers cited in this special issue of China Analysis make it clear that this is a project for the long haul and with elements of competition for markets and influence.

It is only the growing malaise inside Western democracies that makes this conjunction impressive. As our writers are well aware, Russia’s well-being still depends on trade with Europe and on the price of oil and gas – things that China cannot dictate or help with. Russia is only a minor supplier of technology to China, even in the military and aerospace sectors. Historical distrust and even a lingering identity dispute lurk behind the surface of relations between the two countries. It is entertaining to see that leading diplomat Fu Ying, now a key speaker for China, presided over the latest PLA-inspired Xiangshan Forum in Beijing this October, where Russian participants were granted front row seats. Nonetheless, in a Chinese version of a piece published in English by Foreign Affairs, she cited, at length, the various Russian turnarounds since the nineteenth century that have ended alliances with China.

In a world where economics is increasingly separated from politics, and where international relations often mix engagement policies with containment policies, there is no reason why a strong Chinese-Russian partnership cannot endure, whatever the misgivings, distrust and diversity of interests. China and Russia are not perfect partners, but the weakness of Western alliances creates opportunities for risk-free strategic convergence on a growing list of issues. China and Russia might not be able to form a functioning alliance, but can we be sure that their issueby-issue cooperation won’t yield stronger results than existing Western alliances? 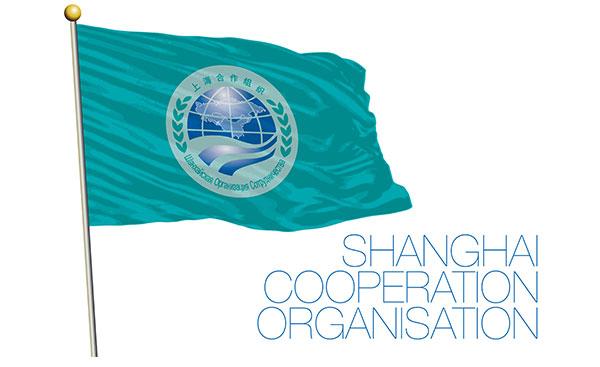 Back to the Basics: Counterterrorism Cooperation and the Shanghai Cooperation Organisation

in China and Russia : Gaming the West, ECFR