The rise of SpaceX as a major launch provider has been the most surprising evolution of the launch sector during the past decade. It forced incumbent industrial actors to adapt their business model to face this new competitor. European actors are particularly threatened today, since European Autonomous Access to Space highly depends on the competitive edge of the Ariane launcher family. This study argues that the framework of analysis which best describes the events leading to the current situation is the theory of disruptive innovation.

The study uses this framework to analyse the reusability technology promoted by new actors of the launch industry. The study argues that, while concurring with most analysis that the price advantage of reused launchers remains questionable, the most important advantage of this technology is the convenience it could confer to launch systems customers.

The study offers two recommendations to European actors willing to maintain European Autonomous Access to Space. The first one aims at allocating resources toward a commercial exploitation of the Vega small launch system, to disrupt the growing market of small satellites and strengthen ties with Italian partners in the launcher program.

The second aims at increasing the perception of European launchers as strategic assets, to avoid their commoditization. The recommendation entails developing an autonomous European capacity to launch astronauts into space, which could strengthen the ties between France and Germany as well as lead to a rationalization of the geo-return principle. This capability would use Ariane launchers and provide European actors with a powerful diplomatic tool. 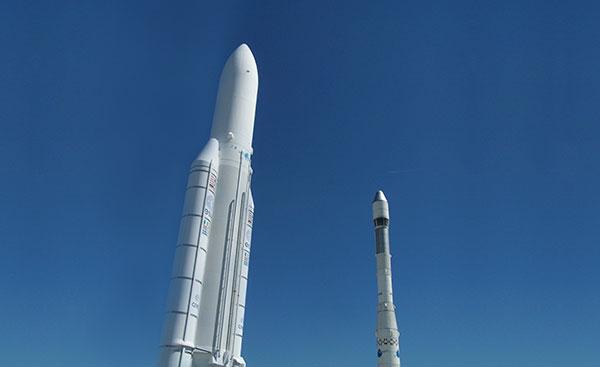 Disrupting Launch Systems: The Rise of Spacex and European Access to Space