These links vary by country. France has strived to preserve its strategic autonomy when developing its DTIB. Its technological and capability-related reliance on the United States has thus remained limited. Nonetheless, cooperation is sought when it is mutually beneficial while French companies seek to invest in the US market, as do other European DTIBs.

The German DTIB was rebuilt belatedly after World War II, partly on the basis of French-German cooperation. German industry is now privatised and the scope of the German DTIB’s partnerships has widened to other European countries and to the US. The German supply chain is now well established in American armament programmes.

The Italian DTIB has consistently pursued a policy of active cooperation, whether with the US or with EU member states. Links with the US have notably been built in the context of NATO and through bilateral agreements. In parallel, Italy has developed partnerships with European countries. Rome’s cooperation policy is thus inclusive, and has considered diverse factors such as political links, capability requirements, the need to develop certain technologies and to preserve industrial capabilities and jobs in Italy.

The British DTIB has historically enjoyed deeper links with US industry, as a result of the cultural closeness between the UK and the US, and of the strategic proximity that dates back to the end of World War II. The links between US and UK DTIBs thus follow a model of strategic partnership. Nevertheless, the UK’s industrial and defence policy is also pursued within a European framework. The missile manufacturer MBDA is nowadays considered as the deepest model of transnational industrial and defence integration in Europe.

While Sweden seeks to preserve its industrial capabilities in two sectors – submarines and military aircraft – it appears to be most technologically reliant on the US among the surveyed countries. It is worth noting also that these links are long-standing, dating back to the cold war and the Soviet threat, despite Sweden not being a NATO member state.

The links with the US are thus very different from one country to another, and carry varying implications. While the costs of acquiring American equipment can be low despite their high technological grade, there are often constraints on their use and restrictions on technologies that will not be transferred, or that will be unusable for other partnerships.

These links are also formalised through bilateral agreements promoting armament cooperation, as is the case for UK-Italian cooperation. For its part, Sweden has signed interstate agreements with the US in the field of technological cooperation.

Since the European Council meeting in December 2013 and in its 2016 Global Strategy, the EU has set itself the task of developing “a certain degree of strategic autonomy” supposed to encourage greater competitiveness of European DTIBs.

In order to promote the development of this European defence industrial policy, we must seek to ensure that the links between US and EU DTIB are mutually beneficial. To do this, two conditions must be met:

Today the multiplication of bilateral agreements between the United States and European Union member states are potential obstacles to the establishment of a level playing field governing the relations between European DTIBs.

Organizing the transatlantic relationship in the field of armaments in order to have a more balanced and profitable relationship, can be achieved in two complementary ways.

At the European level, the European Defence Research Program (EDRP) will have strong implications for the relations between the companies of the US DTIB and the EDTIB. The rules governing access to finance and the ownership of intellectual property rights (IPR), which will be adopted for collaborative R&T projects involving European defence companies, will result in a common framework governing the relationship between these companies and the US EDTIB: the more Europeans will collaborate among themselves in the field of defence research, the more they will be able to set common and mutually beneficial rules in their relationship with the United States.

It may also be considered that some EU States will decide to engage in enhanced cooperation in the industrial defence field which could include the following rules:

These rules, complementary with, and not contradictory to, those which are being defined at European Union level, would accelerate industrial defence consolidation in Europe and make it possible to consider on a more balanced, mutually equally beneficial, basis relations between the United States and the European Union in the field of armaments. These rules would also be inspired by political principles: to strengthen the strategic autonomy of the European Union when necessary. Far from forbidding cooperation between the US and the EU DTIB, such enhanced cooperation would be facilitated because cooperation between US EDTIB and EU DTIB would not be a brake on European cooperation, as it is currently still too often the case. 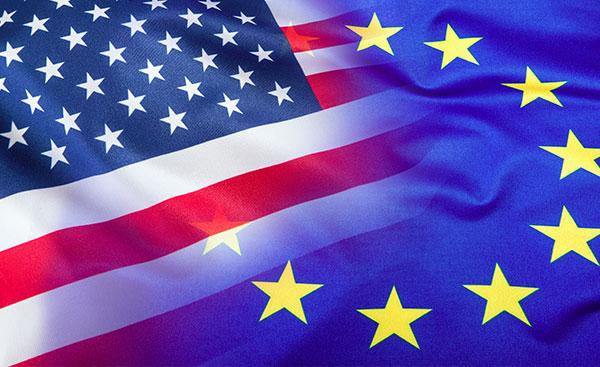 A statistical approach to ownership: links between the major european and US contractor​