Article VII received ample attention at the 8th Review Conference of the Biological and Toxin Weapons Convention (BTWC) (7–25 November 2016). It provides that “Each State Party to this Convention undertakes to provide or support assistance, in accordance with the United Nations Charter, to any Party to the Convention which so requests, if the Security Council decides that such Party has been exposed to danger as a result of violation of the Convention.”

To assist State Party consideration of issues under this provision, the Fondation pour la Recherche Stratégique (FRS) and the United Nations Institute for Disarmament Research (UNIDIR) held a tabletop exercise (TTX) on 8–9 November 2016, with funding from France and a grant from the UK Foreign and Commonwealth Office. Twenty-six national representatives and experts from civil society organisations, including public health and disarmament experts, participated in the tabletop exercise. The French mission organized jointly with the FRS and the UNIDIR a side-event during the Review Conference to present its conclusions and a provisional report was released on this occasion.

The primary goal of the tabletop exercise was to stimulate reflection on the decision-making processes that could lead a BTWC State Party to invoke Article VII and would steer the international community’s response. It aimed to understand better the elements that would have to be in place to trigger Article VII and the consequences such action may have on the organisation of international assistance. Moreover, the TTX also sought to achieve a deeper appreciation of the unique contribution of the BTWC in addition to the expected assistance efforts by international organisations, relief associations and individual countries. In contrast to several other exercises, it did not cover the response phase to the outbreak and the deployment of emergency assistance. In fact the TTX ended at the moment when the international community would have come together to organise its response. 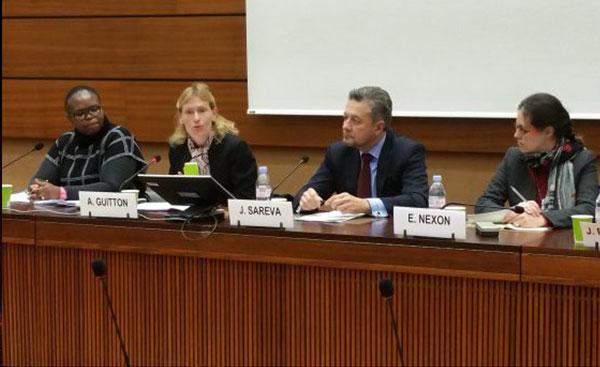