Russia’s invasion of Ukraine in February 2022 brought the nuclear deterrence issue to the forefront. The nuclear dimensions of the events that have taken place since February 24 are of different typesIsabelle Facon, “Guerre en Ukraine : le sens du signalement nucléaire russe”, Notes de la FRS, n° 30/2022, July 27, 2022; Bruno Tertrais, “Les armes nucléaires et la guerre en Ukraine : bilan provisoire et conséquences possible”, Notes de la FRS, n° 28/2022, July 21, 2022. . In particular, Russian leaders have made many references to their nuclear arsenal, intended to be used not only as a deterrent but also as a means of coercion. The concept of “sanctuarization” of Russia’s territory under the nuclear umbrella has also been used to describe the policy conducted by Moscow.

Several phenomena can be observed in this context. Firstly, nuclear deterrence as a security doctrine is perceived with increased interest in regions where countries have nuclear weapons. But this heightened attention is not new. The 2014 annexation of Crimea by Russia considerably altered the analyses that had prevailed in the previous decade and which appeared to doubt that nuclear deterrence was an appropriate response to the security issues of the time (terrorism, proliferation, and regional crises).

In Western countries, defense strategy documents are underlining again that strategic competition is back and the need to rely on nuclear deterrence to avoid major armed conflicts. And this is reflected in both doctrines and acquisition programmes.

However, the war in Ukraine has also sparked a totally opposite interpretation because, to some countries and civil society players, the return of strategic competition and Russia’s behavior demonstrate the urgent need to eliminate nuclear weapons from great power relations in order to avoid a global disaster. The two visions are totally at variance: while nuclear weapon states and their allies believe that nuclear weapons can prevent a conventional conflict according to the logic of deterrence, to others, they durably prevent peaceful resolution of disputes and keeps humanity under a constant, disproportionate threat of destruction. This second view is shared by a growing community of states and entities and is now supported by an international norm aimed at promoting the rapid elimination of nuclear weapons, the Treaty on the Prohibition of Nuclear Weapons (TPNW).

The “comeback” of nuclear deterrence is therefore a controversial issue, but the critics have still not succeeded in influencing the strategic calculations of the major powers. In the West, although calls for disarmament are heard and give rise to specific policies, trust in the role of deterrence in guaranteeing national security is triggering long-term efforts and investments to equip these states with deterrent capabilities for the decades to come. 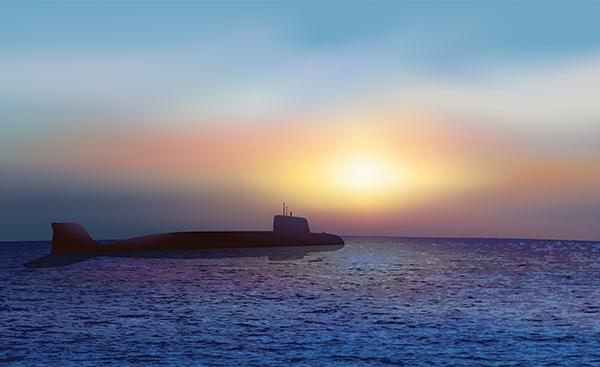 Between enhanced commitment and structural opposition: nuclear deterrence in light of the war in Ukraine