Translated from the French

Speaking to students at Bundeswehr University in Munich on 7 November 2019, German Defence Minister and outgoing leader of the Christian Democratic Union (CDU) Annegret Kramp-Karrenbauer, emphasised how national interests guided the formulation and execution of missions of the armed forces. This suggested a broad national consensus on the very definition of interests to be defended and that such a direction required technical action above all. She ultimately gave the impression that, at the level of political parties, the subject was neutral. Yet, the Minister's address sparked off a flood of negative reactions from the coalition’s social democratic partner (SPD) and the opposition in parliament. It did not lead to any adjustments to political action either.

This example, which is similar in many ways both to other older cases (military interventions in Afghanistan and Iraq) and more recent ones (revival of defence credits, renewal of the Tornado aircraft, Syrian crisis), illustrates two more general observations. Firstly, the fact that concluding coalition agreements defining governmental orientations and engaging in permanent negotiations to implement them do not prevent conflicts between governing parties, whether they are due to political rivalry or ideology. Furthermore, although dissensions over security and defence matters have never been sufficiently intense to break up a coalition in Germany, their effects can vary, ranging from adopting a widely acceptable compromise to cancelling the decision, with multiple turnarounds in the national position in the meantime. Secondly, defence topics continue to generate debates between parties. Over the long term, we have even seen how the confrontation of different visions leads to variations, in the event of a change of political leadership. Previous experiences show that fluctuations in the political complexion of coalitions have not brought about any fundamental political reorientation, but they have given different connotations to certain focuses of public action, such as arms export policy, budget choices, or the conditions of employing military force.

We would therefore be stumbling into a pitfall by eliminating the question of parties from the study of interactions between political players and German defence and security policy. Of course, the parties are not, strictly speaking, part of the core German decision-making body. But they are the main body nominating the individuals who hold political office (both parliamentary and ministerial). They develop political concepts and programmes, at least with a view to competing in elections, and therefore contribute to public debate. They are also involved, on a mainly informal basisAccording to Article 38 of the Basic Law, members of parliament “shall be representatives of the whole people, not bound by orders or instructions and responsible only to their conscience.” They are all the more independent from the bodies of their party as they enjoy financial autonomy, guaranteed by Article 50 of the law on the members of the Bundestag (Abgeordnetengesetz)., in the work of the BundestagThe Bundestag is a joint decision-making body on matters of deploying the Bundeswehr in external operations and Federal budget. Based on this latter prerogative, in 1981, its Budget commission established itself, amid strong parliamentary resentment against the Defence ministry’s procurement policy, as the decisive player in choices of major military equipment (in excess of €25 million). parliamentary groups and, in the event of election victory, in negotiations on the formation of the governing coalition and policy coordination. Basically, parties have the ability to contribute to the formulation of public policies, and to legitimize or, conversely, delegitimize government policy.

Bearing this is mind, several pathways of analysis are possibleBastien Irondelle, La politique de défense est-elle apolitique ?, Sciences Po, CERI, 2007.. One consists in focusing on the life of political parties themselves. This study intends to contribute to that approach, by concentrating on the stand currently taken by Alliance 90/The Greens in security and defence matters. This party's choice is not arbitrary. It is dictated by the current political context. Whereas the so-called people's parties, SPD and Union (CDU and its Bavarian ally CSU) or the liberal party FDP would appear weakened individually and/or ideologically, the Green Party continues on an upward trajectory, while moving towards the centre of the scene. At regional level, Alliance 90/The Greens has established itself in 11 of the 16 Länder governments. And its influence in the European ParliamentIn just a decade, the party’s number of elected representatives has risen, to reach 21 in the May 2019 elections from 14 in 2009. In comparison, the CDU-CSU holds 29 seats and the SPD 16. has also grown.

At federal level, a lot remains to be done. Today, the party only represents the smallest opposition force: in strictly numerical terms, it has the smallest parliamentary group in the lower house, i.e. 67 out of a total of 709 seats. However, with the prospect of renewal of the Bundestag by autumn 2021 at the latest, opinion polls situate it between the Union and SPD. It would therefore be well positioned to return to federal government. It could then be a minor partner in a two- or multi-party coalition – as between 1998 and 2005 under Chancellor Gerhard Schröder or as was envisioned in 2017 in an unprecedented federal team of conservatives, liberals and greens –, or establish itself as a leading force of a coalition. In either case, the party would be qualified to hold a government position in which it would take part in decision-making on foreign affairs and security (Federal Chancellery, Foreign Affairs, Defence and/or Development). It could also weigh more heavily in Parliament.

Such an approach does not seek to serve a predictive goal. It does not aim to quantify the pastThis aspect has already been addressed in, inter alia: Juliet Kaarbo, Jeffrey S. Lantis, “The ‘Greening’ of German Foreign Policy in the Iraq Case: Conditions of Junior Party Influence in Governing Coalitions”, Acta Politica, September 2003, 38: 201-230., current or future impact of the Greens on German security and defence policy, but to shed light on one of its potential future factors of influence. It must identify the trajectory of a party that is likely, in the medium term, to play a major role in the military sphere. To understand how a party is positioned in general, or, in this case, as regards a specific public policy, we must examine the evolution of its ideological identity and strategy, the internal relationships of power and its interactions with the rest of the domestic system.

Three questions are of major importance: what political vision, i.e. its ideology, values and political attitudes, does this party, which is easily labelled as a peace party, develop on Defence issues? How does it develop this vision? What are its driving forces? The underlying question then emerges of how the party prepares both for election victory and exercising power in an area that has given rise to severe intra-party tensions at different times in its history.

In this context, the material used first consisted of discursive and policy resources, which are easily accessible via numerous online documents available on websites of the party, MPs, the Heinrich Böll Foundation and the Bundestag.

As a party is not a disembodied reality regarding itself above all as a social relationship, the vital need to focus on the people who work in and for the party soon became apparent. About a dozen semi-structured interviews, whose results have been rendered anonymous, were conducted between January and March 2020 with individuals involved in the party's decision-making process. The interviewees were selected with the aim of gathering different points of view. Therefore, these people are or have been, during the past decade, members of parliament, staff members of the Bundestag parliamentary group, Bundestag members and federal leadership, or "simple" party members who have chosen to contribute to work on security topics at regional or national level. We also endeavoured to find a balance between representatives of the party’s two main factions to avoid distorting the analysis.

An analysis of political parties has also fuelled our study. In this regard, work focusing on the Germany political landscape and the organisation of the Green party, its ideology and its voter base were particularly enlightening. 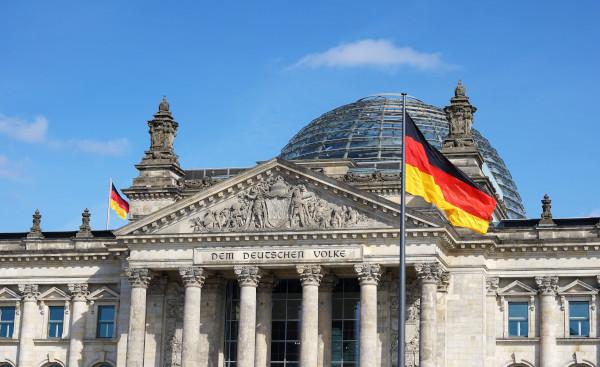