Although there is no public address by Xi Jinping on standardisation, certain statements are reported by Tian Shihong (田世宏), Director of the Standardisation Administration of China. In 2016, as the country had just initiated a reform of its standards-setting system, the General Secretary is reported to have called for “promoting patenting of technology, standardisation of patents and industrialisation of standards” and “the internationalisation of Chinese standards”, presenting them as “strategic resources” at the centre of international economic and scientific competitionTian Shihong (田世宏), “Creating a new deal for China’s standardisation cause – Study and implement Comrade Xi Jinping’s important remarks on standardisation work” (开创我国标准化事业新局面 – 学习贯彻习近平同志关于标准化工作的重要论述), People’s Daily (人民网), 6 September 2016 – http://theory. people.com.cn/n1/2016/0906/c40531-28693273.html..

Beyond the rhetoric and stated ambitions, some Chinese companies are experiencing real success. Huawei has become the symbol of China’s technological achievements. However, the company is equally the symbol of the nation’s ambitions in terms of setting standards. It is indeed highly active in international organisations, such as the International Telecommunication Union (ITU) study group on fixed and mobile network protocols, with almost a quarter of the members coming from the companyMaria Farrell, “Now Any Government Can Buy China’s Tools for Censoring the Internet”, Medium, 5 December 2019 – https://onezero.medium.com/now-any-government-can-buy-chinas-tools-for-censoring-the-internet-18ed862b9138.. Huawei also employs some 400 experts dedicated to developing new standards“China becomes the world’s largest contributor to international standardisation in the last five years” (中国成为近五年在国际标准化领域全球贡献最大国家), CCTV, 12 August 2020 – www.m.cnr.cn/news/20200812/ t20200812_525202752.html..

As a direct consequence, it is now the number one applicant for standard-essential patents for 5GHideaki Ryugen and Hiroyuki Akiyama, “China leads the way on global standards for 5G and beyond”, Nikkei, 5 August 2020 – https://www.ft.com/content/858d81bd-c42c-404d-b30d-0be32a097f1c.. More importantly, Chinese media present Huawei as China’s first company to develop both products, technology, and standards, the three tiers considered essential for any industrial scale-up“You know ‘Made in China 2025”, but have you heard of ‘China Standard 2035’? It’s more important!” (知道“中国制造2025”，了解“中国标准2035”吗？这个更重要！), kknews (每日头条), 1 November 2018 – https://kknews.cc/zh-sg/finance/3ze6vg8.html.. The Shenzhen-based group thus produces smartphones fitted with a chip using proprietary technology which meets the Polar Code standard proposed by Huawei and adopted by the standards organisation 3GPP.

China’s ambitions in setting international standards are covered by a considerable number of articles in the international press – both general and specialised –, particularly on what is too often wrongly presented as the China Standards 2035 strategy (中国标准2035), which is actually only a research programme that will be described later. The country’s growing participation in international standards bodies such as the International Organization for Standardization (ISO) or the International Electrotechnical Commission (IEC), chaired for the first time by a Chinese national, is also excessively considered as announcing forthcoming Chinese hegemonyEmmanuel Lincot and Emmanuel Veron, “Organisations internationales : le spectre d’une hégémonie chinoise se concrétise”, The Conversation, 21 April 2020 – https://theconversation.com/organisations-internationales-le-spectre-dune-hegemonie-chinoise-se-concretise-136706., or as a symptom of China’s ambition to “re-write international rules”Naomi Wilson, “China Standards 2035 and the Plan for World Domination – Don’t Believe China’s Hype”, CFR, 3 June 2020 – https://www.cfr.org/blog/china-standards-2035-and-plan-world-domination-dont-believe-chinas-hype.. As Western political leaders try to identify long-term threats, it is important to distinguish China’s statements – and the concerns they are raising abroad – from the real risks.

China still lags behind its foreign competitors in the development of international standards. The country is responsible for only 1.8 % of current international standards, and although this is a significant increase from 0.7 % in the mid-2010s, the United States, the United Kingdom, Germany, France and Japan still account for 90-95 % of these standards“China becomes the world’s largest contributor to international standardisation in the last five years” (中国成为近五年在国际标准化领域全球贡献最大国家), CCTV, 12 August 2020 – http://m.cnr.cn/news/ 20200812/t20200812_525202752.html.. The Chinese state media half-heartedly acknowledge that the country “is still in a relatively weak position when it comes to the setting of international standards, although it is a major manufacturing power”Editorial, “Chinese standards going global an unavoidable trend”, Global Times, 28 April 2020 – https://www.globaltimes.cn/content/1187060.shtml..

Now, these technical standards are of vital importance since they make systems interoperable and useable. The economic stakes are therefore evident for companies which, thanks to the patents used by their competitors, receive significant royalties“Chinese Interests Take a Big Seat at the AI Governance Table”, New America, 28 June 2018 – https://www.newamerica.org/cybersecurity-initiative/digichina/blog/chinese-interests-take-big-seat-ai-governance-table., but also because international standards serve as a reference point for determining technical barriers to tradeBjörn Fagersten and Tim Ruhlig, “China’s standard power and its geopolitical implications for Europe”, Swedish Institute of International Affairs Brief, No. 2, 2019 – https://www.ui.se/globalassets/ui.se-eng/publications/ui-publications/2019/ui-brief-no.-2-2019.pdf.. Lastly, the ability to define international standards is both a mark and an instrument in the international power competitionJohn Seaman, “China and the new geopolitics of technical standardization”, Notes de l’IFRI, IFRI Center for Asian Studies, Vol. 25, No. 3, January 2020 – https://www.ifri.org/sites/default/files/atoms/files/seaman_china_standardization_2020.pdf..

In this context, the present note aims to fill a gap in the English-language literature by drawing primarily on Chinese-language sources, whether official documents or press articlesSearches have been done by selecting a series of keywords, such as “standards” (标准) and “Chinese standards” (中国标准), then combining them with the institutional players presented.. Analysing these sometimes technical documents is essential, because although many Chinese publications, such as the 14th Five-Year Plan (2021-2025) which refers to it 58 times, mention the country’s interest in standards-setting, it is vital to study specific documentsState Council of the People’s Republic of China, “Outline of the Fourteenth Five-Year Plan for National Economic and Social Development of the People’s Republic of China and Vision 2035” (中华人民共和国国民经济和社会发展第十四个五年规划和2035年远景目标纲要), 13 March 2021 – www.gov.cn/ xinwen/2021-03/13/content_5592681.htm.. The aim is to avoid as much as possible the confirmation bias produced by repeated cross-quotes among articles in English that do not necessarily present factual information, do not put China’s stated objectives or its participation in international organisations into perspective, and barely mention alternative forms of cooperation, particularly with the developing countries that are members of the Belt and Road Initiative. 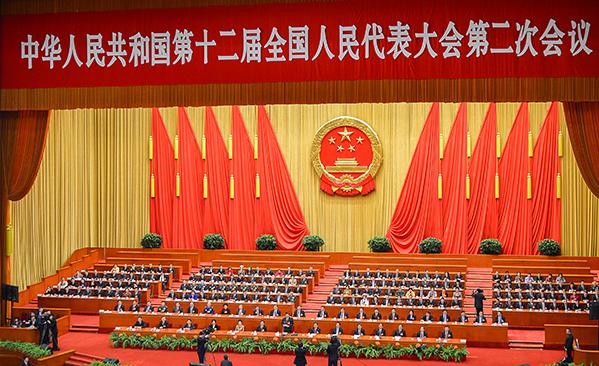