It is now a matter of public record that France and the United States conducted in-depth cooperation on ballistic missiles and, later, on nuclear weapons safety and security starting with the Nixon and Pompidou Administrations.

The existence of a deep France-US strategic nuclear cooperation exists as a historical counternarrative to the notion of France as a fully independent nuclear power, but also as a reluctant US strategic partner.

Today, both countries conceive of their interests globally, and share similar outlooks regarding strategic challenges from countries such as Russia, China, Pakistan, Iran and North Korea. The United States and France have worked particularly closely in the P5+1 context to reach a diplomatic solution to Iran’s growing nuclear capabilities. As permanent members of the United Nations Security Council, they are key partners on crisis management, regarding Libya, Syria, or Ukraine. Cooperation on counterterrorism has been stepped up since the events of January 2015 in France. The two countries cooperate closely in Sahel and in Iraq.

This short briefing provides new information on past nuclear cooperation and seeks to address the following question: given the existence of deep US-UK and UK-French nuclear ties, would enhanced US-French cooperation – the “third side of the triangle” – be useful either strategically, in terms of enhancing the stability of deterrence, or financially? 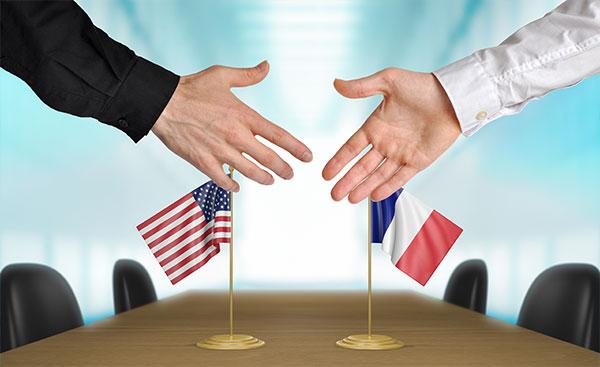 US-French nuclear cooperation: its past, present and future