Academics have been watching Europe’s attempts at defence equipment cooperation over the last 60+ years, so one could be forgiven for thinking the book was written, barring the odd flourish in the margins. That isn’t the case and this short article gives some prods and pointers to the defence academic community on where philosopher-practitioners would like some help.

Academics working on a single nation’s defence system will always struggle to develop insightful and parsimonious theories supported by strong empirical evidence because defence is both highly complex and highly secretive. When confronting international acquisition cooperation the task is harder still. It is an order of magnitude more complex, quantifiable data is scarce and, given that our understanding of ‘simple’ national acquisition remains immature, it risks ‘trying to fly before we can walk’.

Those things said academic consideration of international armaments cooperation is a valid undertaking for a number of reasons. The requirement to cooperate isn’t going to go away and the solution, if there is one, will not arrive quickly. As discussed below, there is a lot of room for further classical economic analysis and new, relevant theoretical frameworks are emerging that can be helpfully brought to bear on the apparently intractable problems. It is an area rich with academic and practical possibility.

Historically the literature on cooperation has been dominated by neo-classical economic analysis, with an emphasis on efficiency as both the driver and measure of cooperation. Analysis has focused on joint development and production activities of major projects, case studies have been dominated by aerospace (aircraft and missiles) and the improvement of cooperation has centred around changing governance structures. Cooperation is deemed ‘inefficient’, as quantified by the dominant ÖN heuristicThe total cost of a cooperative development will rise in proportion to the square root of the number of participating nations, originally mooted by Delpech in the early 70s and, according to the often repeated recommendations in the literature, would operate better if we had prime contracts on single multi-national companies, no work share constraints, empowered project offices, dedicated budgets etc. They do stop just short of saying “with only one partner nation by itself”, but assess cooperation against an idealised, unattainable ideal: two or more nations acting like one nation.

More recent work, however, has been starting to show a more nuanced, realistic analysis e.g. recognising the inherent trade offs between economic efficiency and political effectiveness (DeVore: 2013) and initial steps towards systematisation of, for example, cooperative benefits and costs. More significantly, the academic work is starting to recognise the limitations of pure economic analysis with consideration of more sociological aspects being considered.

Classical/transactional economic analysis is important, if for no other reason than it remains the dominant language within administrations. But it needs to give something beyond the unhelpful ÖN rule of thumb. Looking at the more broad-based, bilateral cooperation between the UK and France, it is obvious that ‘efficiency’ is more a function of the cooperative approach, objectives, domain and wider supra-project factors than the number of nations involved. Its application would entitle industry, on bilateral developments, to a 40% surcharge and this should be robustly dismissed both for academic and financial reasons. Doing that will require a deeper digging into the dynamics of efficiency with a more granular, systematic and, where possible, quantitative analysis. It would be good, say, to analyse in depth the causal factors in a project like A400M and explore whether it was ‘just another collaborative failure’ or just normal project over-optimism within a cooperative success. Or whether it was something else.

But doing project-based economic efficiency analysis better is just one issue; new analysis is needed to widen economic consideration to take in different forms, levels and objectives of cooperation.

On different cooperative forms, there is little analysis outside of joint development and production. There is no substantial work on joint support despite there being some good examples in existence and the emerging potential for cooperation at a pan-DLODDefence lines of development: training, equipment, personnel, infrastructure etc that when integrated together provide military capability, capability level. Perhaps the subject is too boring – many important acquisition problems are – or it’s intractable, but academia appears mute on the subject that consumes most of military capability spending.   There is similar academic neglect evident on Research and Technology, Test and Evaluation, Training, disposal, standards and simulation. Some significant case studies in these areas and away from joint development activities would be most welcome.

On different levels, the scope of analysis also needs to stop treating projects in isolation and move up a level or two to consider the related programmatic and portfolio issues. Programme and Portfolio management are strengthening academic disciplines at national level and many cooperation problems that are intractable at project level can be solved, or at least mitigated, at a programmatic level. The application of global balance to work share is an obvious example. Such analysis gets into the difficult but often determinant issues of budgeting processes, requirements evolution, procurement policy, intra-organisation politics and prioritisation.

Finally, the scope of economic analysis needs to extend to objectives other than direct financial savings and political capital. Supply chain development or sustainment, technological advantage, military autonomy, increased export markets and learning benefits are all valid objectives for cooperating and, though mentioned in the literature, they have not been tackled directly or in any meaningful depth. Joint research, for instance, is not simply an early part of joint development; it should deliver considerable learning benefit. This learning value needs to be given greater prominence in commissioning and assessing research work, and a robust academic framework for that form of learning is an essential pre-requisite.

All this amounts to a considerable body of work but there are some relatively easy routes into it. There is considerable academic literature on cooperation between commercial entities such as Renault and Nissan (eg see Segrestin 2005). Whilst it needs to be handled with care when translating it into the defence context it can provide rich insights for defence. The readily available work on transactional cooperation costs (see White and Lui 2005), appropriately translated, provide a much better set of insights than anything currently in the defence literature.

Although economic analysis is necessary, it is becoming increasingly clear that it doesn’t provide adequate explanatory power for what is happening in this field, such as the lack of cooperation seen across Europe. For instance, it would appear there is no effective efficiency motive to cooperate: as financial pressure increased post-2008, neo-classical economic analysis would predict that more cooperation would have occurred but the reality is that, as budgets shrank, other counter-cooperative factors started to dominate within national procurement systems, factors not covered by classical economic theory.

These factors, of a more sociological and institutional nature, are starting to find their way into the defence literature (see Hartley 2012, Pannier 2014).   This more pessimistic, or ‘heterodox’, economic perspective and evolving disciplines such as organisational institutionalism need to be brought to bear on this subject, and acquisition in general, if academia is going to provide meaningful insights to administrators. This is not without its difficulties; the perpetual challenge of demonstrating relevance of academic findings to hard-pressed administrations can be exacerbated if their internal ideology harbours an optimistic view of their own behaviours!

The call for greater cooperation in Europe on defence equipment is perennial but will not actually make any difference unless some novel, thoroughgoing thinking opens up new ways of evaluating and implementing cooperative approaches to acquisition. If academics can avoid the lure of ‘premature conclusionism’ and the diversion of more glamorous sounding subjects, international defence acquisition cooperation can be a very fruitful area for academic research and practical application.

Pannier, A.; “Bilateralism, an Effective Alternative to the Limits of Multilateralism? The Example of Contemporary Franco-British Defence Cooperation”, not published – presented at ISA Convention, Toronto, 26-29 March 2014

Segrestin, B.; “Partnering to explore: The Renault–Nissan Alliance as a forerunner of new cooperative patterns”, Research Policy 34 (2005), pp. 657-672 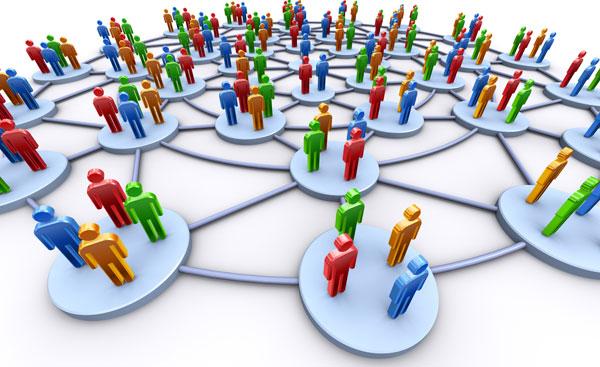 Is there anything new to learn about armaments cooperation in Europe ?