Ten years after the beginning of the fighting in Syria, the option of normalizing diplomatic relations with Damascus is gradually making its way onto the agenda of Arab capitals. President Assad is eager to begin reconstruction work in Syria (estimated cost: $250 to $400 billion). Despite the continuation of the war and partial control of the territory (65 %), he hopes to capitalize on the resilience of his regime, which has refuted the analyses that predicted its collapse in the early months of the revolution.

The civil war has now congealed into a web of concentric military tensions, with no winner and no loser. In reaction to the inability of the parties to end the conflict, there is now talk of reopening embassies and border crossings, and of a return of Syria to the Arab League. Tunisie and Mauritania have sent ambassadors to Damascus. The Lebanese Prime Minister awaits international approval to meet with Assad“ميقاتي-لن-أزور-سوريا-من-دون-موافقة-المجتمع-الدولي” (Mikati: “I will not visit Syria without the approval of the international community.”), Syria TV, September 28, 2021.. The United Arab Emirates (UAE) calls for the lifting of economic sanctions. Cairo supports the movement because it sees an opportunity to close Arab ranks in the face of Turkish hegemonism. Baghdad, one of the few capitals to have never broken ties, is working to bring together two powers involved in this conflict: Iran, a loyal supporter of Damascus, and Saudi Arabia, a source of money for rebel groups at the beginning of the civil war. The Jordanian diplomacy is also mobilizing. King Abdullah II affirms the need for a “collective Arab role”“الخارجية الأردنية: الحل في سوريا مرهون بحوار أمريكي-روسي ودعم عربي” (Jordanian Foreign Ministry: “The solution in Syria depends on a US-Russian dialogue and Arab support.”), Enab Baladi, September 23, 2021. and develops the idea of a pre-agreement: alleviating US sanctions in exchange for a reduction in the Iranian presence in Syria. In addition to this, a series of initiatives were taken: the telephone call between Abdullah II and Assad, the reopening of the Jaber border crossing, and the reactivation of the Yarmouk agreement on water sharing.

While activities related to the Arab League have resumed in Damascus, limited to secondary programs“ الجامعة العربية تنشط في دمشق والسفير الموريتاني يباشر مهامه” (Arab Leage activates in Damascus and Mauritanian ambassador takes office), Asharq Al Awsat, February 9, 2021., its Secretary General, Ahmed Aboul Gheit, recalled that a return of Syria to the Arab world would require a “consensus”. For the time being, no official request has been made“أبو الغيط يحدد شرطًا لحضور النظام السوري القمة العربية في الجزائر” (Aboul Gheit sets a condition for the Syrian regime's participation in the Arab summit in Algeria), Enad Baladi, October 28, 2021.. The League continues to receive delegations of the Syrian opposition and is also attentive to the lobbying of countries in favor of a normalization of Damascus, motivated by socio-economic considerations (Lebanon, Jordan, UAE), security (Iraq, Egypt) or pan-Arabism (Algeria, Mauritania). The option of a Syrian presence at the next Arab League summit in November 2022 in Algiers is currently being discussed. Damascus could be granted observer status, a hypothesis indicative of the emergence of a majority current that favors breaking Syria's isolation. 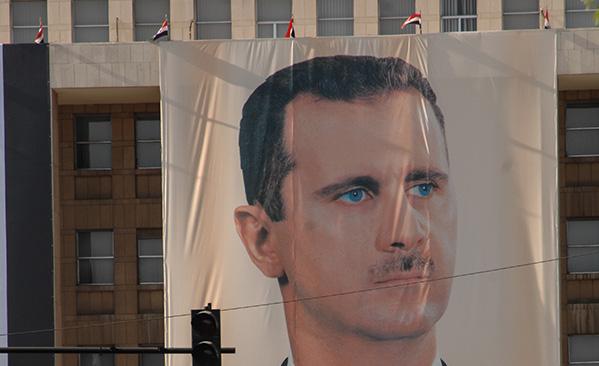 War in Syria: risks and stakes of a normalization of the Damascus regime