The Arab citizens of Israel, or Israeli Arabs, represent 20% of the country’s population and they define themselves as Palestinian. They demand a transformation of Israel into a democratic State for all its citizens that would provide Arabs with a “national minority” status. Their request to change the Jewish character of Israel combined with their solidarity with the Palestinian cause has fed far-right movements which accuse them of treason1.

They are further stigmitisedAccording to the ‘Arab-Jewish Relations Index’ released by the University of Haifa in 2017, 44,6% of Arab respondents recognised Israel as a State with a Jewish majority, compared to 60,3% in 2015. 49,7% accepted Hebrew as the dominant language, compared to 63,4% in 2015. The proportion of Jewish citizens who recognized the Arabs’ right to live in Israel as a minority with full civil rights fell from 79,7% in 2015 to 73,8% in 2017. A decline was also found from 57,5% to 51,6% in the proportion of Jews willing to let Arab children study at the schools their children attend. https://www.haifa.ac.il/index.php/en/home-page3/2934-arab-jewish-relations-index-directed-by-prof-sammy-smooha-of-the-university-of-haifa-attitudes-of-jewish-and-arab-public-concerning-coexistence-deteriorate-but-foundation-of-relationships-is-still-firm now that they are represented by active political parties and civil society organisations that operate at the heart of the Israeli political system. Historically considered as strictly communitarian, their political activism has recently become part of a broader social movement that condemns Israeli politics’ shift to the right and the gagging of opposition forces (associations, media etc…). This ideological realignment that began in the early 2000’s was reinforced following the March 2015 elections that led to the formation of the most right-wing government in the history of Israel. It also led to the normalisation of ultranationalist and pro-settler narratives that have never considered Arab citizens as anything but a domestic threat that expresses strong opposition to the establishment of a Palestinian State. According to Ayelet Shaked, the Minister of Justice: “The State should say that there is place to maintain the Jewish majority even if it violates rights”Revital Hotel, “Justice Minister: Israel Must Keep Jewish Majority Even at the Expense of Human Rights”, Haaretz, 13 February 2018. https://www.haaretz.com/israel-news/justice-minister-israel-s-jewish-majority-trumps-than-human-rights-1.5811106. She also claimed that: “The Palestinian people have declared war on us, and we must respond with war. It is not a war against terror, and not a war against extremists. This is a war between two people. Who is the enemy? The Palestinian people”Ishaan Tharoor, “Israel’s New Justice Minister Considers all Palestinians to be the Enemy”, The Washington Post, 7 May 2015. https://www.washingtonpost.com/news/worldviews/wp/2015/05/07/israels-new-justice-minister-considers-all-palestinians-to-be-the-enemy/?noredirect=on&utm_term=.b3b70b343b7c. For Naftali Bennett, leader of the Jewish Home and Minister of Education and of Diaspora Affairs: “The dream is that Judea and Samaria will be part of the sovereign State of Israel. We must act now and give our lives”Barak Ravid, “Bennet: We Must Act Now and ‘Give Our Lives’ for the Annexation of the West Bank”, Haaretz, 6 October 2016. https://www.haaretz.com/israel-news/bennett-we-must-give-our-lives-for-annexation-of-w-bank-1.5447002.

The place of Arab citizens in Israel must therefore be understood in relation to the Israel-Palestine conflict’s stalemate that has exalted identity frustrations and the evolution of the Israeli political system which has disinhibited xenophobia and intolerance. The demonization of opposition voices—including those coming from the liberal Jewish community—and a tendency to team up with extreme right-wing figuresSome Israeli politicians no longer refrain from meeting members of European far-right parties in the name of a common battle against radical Islam. Noa Landau, “Netanyahu Congratulates Hungary’s Orban After Landslide Reelection”, Haaretz, 9 April 2018. https://www.haaretz.com/israel-news/.premium-netanyahu-congratulates-hungary-s-orban-after-reelection-1.5986011—some of them notoriously suspected of anti-SemitismLike John Hagee and Robert Jeffress, two pastors of the far-right American evangelical community who attended the inauguration of the United States Embassy in Jerusalem on 14 May. These close supporters of President Donald Trump are known for having made anti-Semitic comments in the past.—have convinced some observers to label Israel as an “illiberal democracy“Shlomo Ben-Ami (former Labor Minister of Foreign Affairs from 2000 to 2001), “Illiberal Israel”, Project Syndicate, 7 February 2017. https://www.project-syndicate.org/commentary/illiberal-democracy-israel-netanyahu-by-shlomo-ben-ami-2017-02?barrier=accesspaylog or an “ethnocracy”Oren Yiftachel, Ethnocracy. Land and Identity Politics in Israel/Palestine, Philadelphia, University of Pennsylvania Press, 2006..

In this context, the possibility for a change in the state of Arab Israelis is limited. They are constantly delegitimized by the conservative right wing politicians and sometimes even accused of terrorism. At the same time, the criminalisation of the legal opposition has led to the radicalisation of both formal and informal Arab mobilisation in Israel. 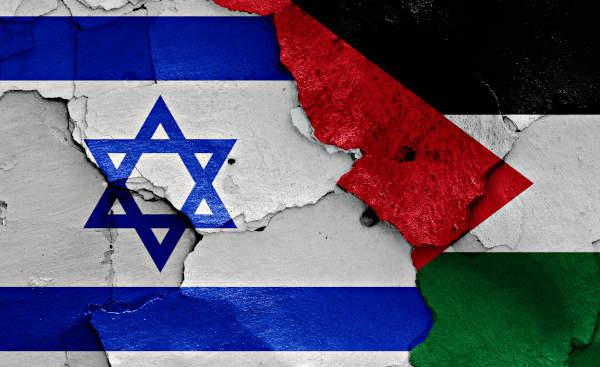