The eFP (NATO enhanced Forward Presence) was launched in 2017 following a decision made during the Warsaw summit. It took place in a tense situation due to the illegal annexation of Crimea by Russia in 2014 and the war in the Ukrainian region of Donbas. Against this background, Allies of the Eastern flank have repeatedly asked NATO to switch from an out-of-area mission to territorial defense, which it its initial raison d’être.

The eFP consists of four multinational rotating battlegroups located in the Baltic States and Poland. Each of them comprises troops from several NATO member states and are led by a framework nation (Canada in Latvia, Germany in Lithuania, the United Kingdom in Estonia and the United States in Poland).

The consensus leading to the eFP emerged for various reasons. Whereas France refused to be a framework nation, it eventually accepted to contribute to the effort in keeping with its activities in this region (i.e. the participation in the Baltic Air Policing mission). For Canada, the decision is mainly due to domestic pressures by nationals of Ukrainian or Central European descent. Germany was reluctant to be a framework nation because of the Nazi invasion and occupation of that region during World War II. Most Central and Eastern European Allies consider that this decision ends a military imbalance within NATO: since their adhesions, they had to accept that there will be “no nukes, no troops and no infrastructures” on their territories. However, not all Central European Allies want NATO troops on their soil. Since their adhesions in 1999 and 2004, the Czech Republic and Slovakia have refused such military presence by mentioning the same historical argument: the 1968 invasion of Czechoslovakia by the Warsaw pact members. Since then, there is a mistrust regarding the stationing and passage of foreign troops. This quick overview clearly shows the impact of painful pasts in decision-making process in defense and security policies.

The goal of the eFP is twofold. First, it is a symbolic force aiming to show the solidarity of the Alliance as well as the validity of article 5, the collective defense guarantee. Secondly, it a tripwire force. Indeed, the eFP is not designed to conduct a war but to deter Russia aggression of Poland and the Baltic States because of the presence of allied troops on their soil. For all these reasons, the eFP is a significant change for NATO as it implies the reorientation of its military activities. This led some experts to state that the Warsaw summit was update of the 2010 strategic concept.

Regarding the NATO-Russia relationship, the rotating basis of the eFP prevents it from infringing the Founding ActThe Founding Act was signed in 1997 and provided the basis for a partnership between the Alliance and Russia (see : http://www.nato.int/cps/fr/natohq/official_texts_25468.htm).. This specificity led some Allies, such as France, to consider the eFP as the best possible solution to both reassure Eastern Allies and keeping the Act valid. If NATO conforms to the document, although it is a charter and not a binding treaty, Russia violated its principles (i.e. the respect of sovereignty, independence and territorial integrity of all States) as proven by the Georgian and Ukrainian cases.

However, the eFP faces several issues. The rotating multinational framework puts under strain interoperability. Hence, it would be an asset to further develop joint trainings. Besides, interactions happen mainly in a bilateral way between the framework nation and the host nation in each State, rather than in a genuine multilateral one, plus the interactions between each battlegroups remain at a relatively low level. Yet, the eFP can also be an opportunity for soldiers to train in new theaters: for instance, the Brits participate to enhance their fighting skills in woods and forests in low temperature and the French participated in an exercise in Spring 2021 with Leclerc tank platoons.

Another challenge is that some threats are loosely taken into consideration. Maritime security issues in the Baltic Sea remain an overlooked element of the eFP as it has been designed as a land operation.

Finally, countering disinformation has become a pivotal issue. Indeed, NATO’s military posture can be portrayed as aggressive by Russian medias. They spread rumors and fake news such as:  NATO troops depicted as clients of prostitutes or spreading COVID-19 and their presence causing ecological problems and the inflation of real estate prices. Regarding the fact that the eFP was designed to deter Russia and counter its aggressive activities in Central Eastern Europe, it has to evolve in order to address those issues and challenges. 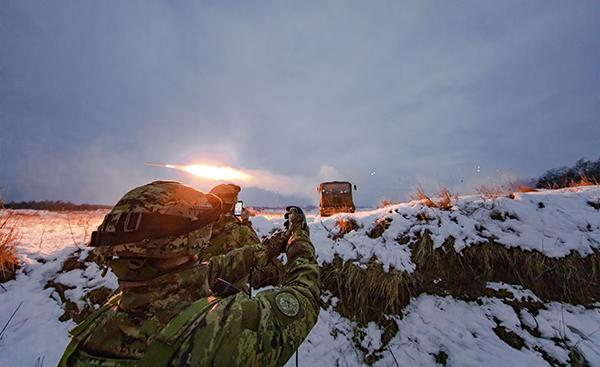 Why the eFP? Some insights on the 2016 NATO Warsaw Summit