The burden sharing debate between the Europeans allies and the United States will remains a priority item on the NATO agenda. While the commitment of spending at least 2% of the national GDP is well known, there has been much less political attention, with some exceptions, to those expenditures which under “common funding” are collectively managed through three NATO budgets: the civilian budget, the military budget and the investment program.

The Secretary General surprised the allies on the eve of the last NATO Summit in Brussels by seeking a doubling of the sums allocated to them (up to 16 to 20 M€ in the next ten years), but without giving a clear indication on the use of those new collective resources.

The debates within NATO against the drift towards enlarged staffs or headquarters is hardly a perennial one. However, the issue appears this time much broader as it is about a shift of resources toward new ambitions “for a more political and global NATO”. The problem is that NATO doesn’t have, in many fields, either the competences or the possibilities which would offer a distinct added value compared with what already exists in other multilateral institutions and with what is already developed within EU.

As the prospects of new out-of-area military operations by NATO are fading after Afghanistan, the question will be in which directions NATO should reorient itself. It was therefore a wise decision for the Summit to link the anticipated level of NATO financial resources to the new Strategic Concept, to be drafted for next year Madrid Summit.The Brussels Summit final declaration (para. 7) represented a cautious compromise between allies: “… based on these requirements we agree to increase such resourcing, including as necessarily NATO common funding in 2023, taking into account sustainability, affordability and accountability. When we meet in 2022, we will agree, alongside the Strategic Concept, the specific requirements for additional funding up to 2030 and the resource implications across the Military budget, the NATO Security Investment Programme and the Civil budget, as well as identify potential efficiency measures”.

Unequal contributions for a common purpose

While still quite small compared with the national defense budgets of some allies, the yearly amount of the common funding is not insignificant, reaching 2.581 M€ in 2021. This sum is divided between each nation through a cost-sharing quota system, which has evolved. In the 1960S, the quota for the US was 36% of the global common funding. It has decreased now by more than half, to reach only 16.34%, at the same level as Germany.

In 2021, the EU members in NATO represent together more than 60% of the quotas. But the most important fact is that thirteen allies are contributing less than 1% each (between 0.09% and 0.75%).

An evolving mixed bag of expenditures

The Washington Treaty places the primary responsibility of the NATO costs to the individual nations. Since the origins of NATO the expenditures are allocated under the principle of “cost lies where they fall”. In the current NATO financial set up, common funding is therefore more the exception (“over and above”) than the rule. Currently NATO common financing is split between three budgets:

- The civil budget in 2021 amounts to 258.87 M€, covering the running costs of the Secretary General office and headquarters costs, The salaries and pensions represent 70% of the civil budget.

- The military budget, amounting to 1.612 M€ (62% of NATO expenditures, outside the NATO agencies) include the support of the integrated military structure i.e. the various headquarters, commands, center of excellence, and several research and formation centers (including the NATO Defense College). The salaries of the military personal (11,500) are paid directly by the nations which are sending them. So far the larger part of the military budget was devoted to military operations, such as Afghanistan.

- The NATO Security Investment Program (NSIP) represents expenditures under a fixed yearly ceiling of 710 M€. At the origins the NSIP was financing basic infrastructures allowing interoperability. The enlargement of NATO brought new requirements by the newcomers. Simultaneously, the operations in Afghanistan impacted heavily on the NSIP, and in the mid-1990s almost 70% was used to various needs associated to the NATO presence on the theater.In Afghanistan, common funding has been used to provide for theater level enabling capacities like medical facilities, basic infrastructure for rotating forces, air to ground air surveillance, engineering support, fuel storage and supply, communications, transportation, energy installations and the use of civil military private companies.

The temptation for many is to rebuild an Alliance which will be increasingly “political “, even at the risk of appearing “demilitarized”. But situations may change in the future:  shifting NATO resources away from military capacities could be a dangerous gamble. Moreover, they are also some important implications in raising common funding:

- A shift to more global funding would represent a powerful disincentive for the smaller allies to maintain and develop their own military resources, hoping a transfer of the burden to the bigger states.  Would a “two speeds” Alliance be an healthy option for the cohesion of NATO?

- A potential change of the balance between national and collective contributions will have political implications for the Alliance as a whole: it would mean less national responsibility of most individual allies toward collective defense.

- An increase in the common funding would create an eviction effect for national defense budgets, especially for the smallest members.

- Anti-missile defense and surveillance technologies, the costs of which are rising rapidly, will probably be the next big budgetary tickets facing NATO countries in the coming years. They will not fit into the current system of common funding.

Which way ahead for the next summit in Madrid?

Raising the financing of the common funding therefore cannot be considered in isolation of the political choices of the Alliance in 2022. There is obviously a need to keep the military strength of the Alliance as its central objective, and a political expanded role cannot serve as an alibi for changing its core business. NATO should remain a “kinetic alliance”, not a “global euro-Atlantic talking shop”. 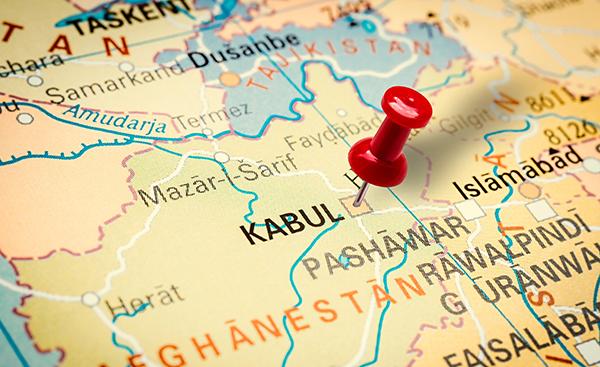 Financing the post-Kabul Alliance: is “common funding” the new “silver bullet” for NATO?