The return of the Taliban to power in August 2021 has been heavily commented as a cruel defeat of the international community and of NATO in Afghanistan. But why was NATO, an alliance initially created to contain the troops of the Warsaw Pact, involved so far from its geographical territory and for such a long time (two decades)? This brief aims at shedding some light on the issue of NATO’s globalization in the 21st century.

NATO is currently the world’s largest military organisation, with 30 member states and almost 70 % of the world’s military budget and was born to give substance to the North Atlantic Treaty signed on April 4th, 1949, and to contain the two hundred armoured and mechanised divisions of the Warsaw Pact. But as the conventional threat for which it was created had disappeared, the Atlantic Alliance had to redefine its military functions in the new strategic context. Moreover, NATO had to ensure both its survival and legitimacy after 1991, as well as the sustainability of the US military commitment within it. The reform of NATO’s missions has resulted in the adoption of several new strategic concepts since 1991, which have been designed not only to adapt the Alliance to its new strategic environment based on diffuse, global and multifaceted threats, but also to address the broader issue of the role of military alliances in a globalized world and the politicization of NATO’s roleSee NATO, Strategic Concepts, https://www.nato.int/cps/en/natohq/topics_56626.htm. It also resulted in an important debate over the idea of “global NATO”, or the Alliance’s globalization. More precisely, NATO has experienced a long-term debate even before the end of the Cold War concerning its existence and continuity. Should NATO become a global alliance able to intervene in the new armed conflicts, or should the Alliance concentrate on its core task of collective defence of its members? This debate has been fuelled up since the 1990s among NATO’s member states, and more precisely from the Brussels Summit in 1994. The deep core of the debate for most European member states has been from then on the question about maintaining the US partnership and involvement strong enough within the Alliance, even though some countries, such as France, tended to advocate a more modest NATO, focusing on its task of collective defence, thus leaving room for the construction of a European defence policy outside NATO. The debate over the role of (global) NATO in the future resulted in a reform aiming at widening NATO not only geographically but also in its missions: geographic, operational and political. This reform helps understand why NATO has been involved in Afghanistan between 2003 and 2021.

The first direction of the reform (or “globalization”) consisted in opening the Atlantic Alliance to the East by integrating new Central and Eastern European countries in  order to incarnate a “whole and free Europe”: the Czech Republic, Hungary and Poland (1999), Bulgaria, Estonia, Latvia, Lithuania, Romania, Slovakia, Slovenia (2004), Albania and Croatia (2009) and Montenegro (2017). The 2008 Bucharest summit even endorsed the principle of integrating Ukraine and Georgia in the future, which would bring NATO’s borders ever closer to the Russian Federation. Similarly, NATO has developed a network of partnerships that extend far beyond its geographic territory. The Strategic Concept of 20 November 2010, endorsed at the Lisbon Atlantic Summit, highlighted the importance of strategic partnerships for NATO, which together form seven concentric circles according to the strategic proximity of the partner country to the AllianceSee NATO, Partners, https://www.nato.int/cps/en/natohq/51288.htm. They range from candidates for membership such as Ukraine, through the Mediterranean and Persian Gulf states, Russia, or global partners such as Japan and Australia.

The second direction of NATO’s reform has been a revision of its military role, legitimized by the new use of NATO for crisis management under a UN mandate in the framework of Chapter VIII (regional arrangements) of the San Francisco Charter. The Chapter VIII has indeed provided a useful argument both for the USA to legitimize its military presence in countries such as Afghanistan , and for the European members of NATO to show their will to continue working within the transatlantic partnership to manage the post-Cold War conflicts and to support their American ally. Thus, this legal framework has enabled NATO to intervene in Bosnia in 1995 (Resolution 1031), in Kosovo in 1999 (Resolution 1244) and in Afghanistan between 2003 and 2014 within the framework of ISAF (Resolution 1386, 2001). The Atlantic Alliance then operated an advisory and assistance mission (Resolute Support) to the Afghan national defence and security forces in partnership with the Afghan government and the United Nations Mission in Afghanistan (UNAMA) between 2015 and 2021. This specific mission embodied the broadening of NATO’s tasks by including security tasks, not just military tasks in the strict sense.

Finally, the third aspect of NATO’s reform, which is well incarnated by NATO’s involvement in Afghanistan between 2003 and 2021, is political, based on the Alliance’s evolving role as an executor of UN authorizations for the use of military force. NATO has been more and more involved in “out or area” missions since 1992 with about 25 operations and missions in Europe, Asia and Africa in support of the international community outside the Alliance’s collective defense and its common defense area as set out in Articles 5 and 6 of the North Atlantic TreatySee SHAPE, NATO’s Operations 1949 – Present, https://shape.nato.int/resources/21/NATO%20Operations,%201949-Present.p…. This massive involvement has generated an intense debate, particularly at the Riga Summit in 2006, on the idea of a global and more political Alliance opposing the member states, such as the USA, advocating a more political vision of the organization and those, such as the Eastern European states worried about the Russian reemergent threat, more concerned with the importance of ensuring the core tasks of collective defense.

Last but not least, NATO’s experience in Afghanistan shows that while the Atlantic Alliance has tended to intervene further and further afield and for longer periods of time at the beginning of the 21st century, the organization has not reformed its founding treaty encompassing its core task of collective defense. The semi-failure in Afghanistan raises the question of the Alliance’s role today. On the one hand, since the Wales Summit in 2014, NATO has tended to concentrate again on its core missions, while including cyberspace in the Article 5 material. On the other hand, the tensions between China and Taiwan in 2021 started raising the question of NATO’s potential role on this issue, as the North Atlantic Council qualified China as a “systemic threat” in June 2021. More than ever, political differences among the Allies over a global vocation for NATO remain the main stumbling block at the moment. 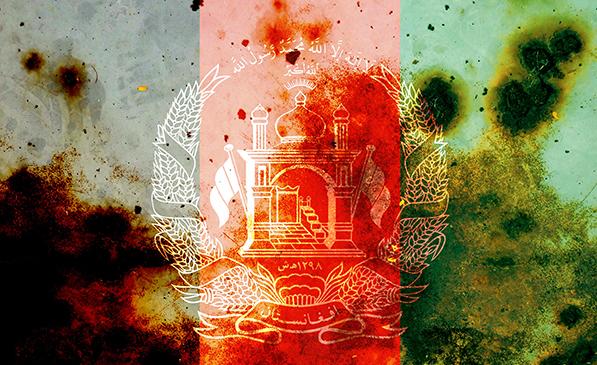 Afghanistan in context: A “globalization” of NATO?