France and Germany have long been presented as a driving force behind European security and defence ambitions. Brexit has in this matter tended to revive the French-German input into European defence. But looking closer at French and German political and military discourses on European strategic autonomy, it is striking to see that both part of the “French-German couple” don’t exactly share the same perception of this strategic autonomy and of the role for NATO in the process.

Strategic culture and history of course shape the way France and Germany see NATO and the role of the Atlantic Alliance in European security. The agreement to disagree on this topic goes back to the reconciliation treaty (Elysée Treaty) between Paris and Berlin signed in January 1963. This founding agreement, on which the whole architecture of French-German military cooperation in Europe lies, has from the beginning been based on divergent views, in particular with regard to the security and defence relationship with the United States. These strategic divergences resulted in the preamble added to the original text by the Bundestag on 16 May 1963, recalling the primacy of NATO and the American partner for German security. This preamble tended to empty the agreement from its substance in the French view and this put French-German military cooperation to sleep until the beginning of the 1980s. It is important to recall this founding disagreement to better understand why the role of NATO in European security is still a disputed issue today between Paris and Berlin. One should also recall that Germany regained an army within the framework of NATO in 1955, which still weighs on Berlin’s strategic choices today.

Indeed, the positions of Paris and Berlin towards European strategic autonomy are to be analyzed through the lenses of their perception of NATO. On the one hand, both Paris and Berlin reaffirmed the importance of NATO in the bilateral Aachen Treaty signed in January 2019. On the other hand, disputes over NATO have been steady between France and Germany as for instance during the 70th anniversary of NATO when President Macron considered the Alliance as brain-dead whereas Chancellor Merkel claimed for the importance of the Alliance, or again in November 2020 when the German defence minister described  European strategic autonomy as an illusion that must come to an end, and induced a rapid discursive reaction from the French President expressing his deep disagreement with this vision. This divergence around how European strategic autonomy and the Atlantic Alliance can be articulated comes from both countries different strategic cultures. In Germany, the term strategic autonomy is used with many precautions by the government and is always linked to NATO, which is considered as the organization ensuring the security of the European continent. On the contrary, the French vision of European strategic autonomy aims at making the EU capable of meeting the security challenges in which France is engaged (such as in Mali for instance) without depending on NATO.

Last but not least, it is also important to look beyond the political divergences over the role of NATO in the future of European security, as both countries advocate for a better coordination between the EU and NATO on strategic priorities such as hybrid threats or cybersecurity. Both armies also share NATO standards and good practices, which constitutes an interesting common ground to further develop European strategic culture in the future. 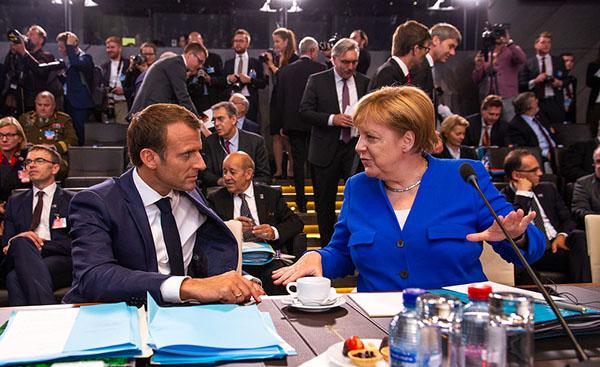