No one knows where the next NATO war will be fought, nor when, nor against whom, nor for what reason. But we all know where it will be decided: in a city. For the same reason that Stalingrad, Berlin, Beirut, Grozny, Raqqa, Mosul, Donetsk, are not the names of sparsely inhabited places, the next large-scale NATO war will be decided in cities like Warsaw, Tallinn or Naples as all wars have been since the middle of the 20th century.

As the most successful alliance in history contemplates large-scale, high intensity combat against near-peer adversaries, is NATO seriously preparing for the environment in which this combat will culminate, namely, an urban one?

The short answer is: No.

Of course, such a query could be brushed away by explaining that NATO is preparing for any type of war, irrespective of its environment, and that it will meet and defeat any challenge, be it in the open fields of Central Europe, on the craggy shores of the Mediterranean, in the jungles of French Guiana, in the desert of Syria, in the mountains of Norway, and, yes, if necessary, in the outskirts of Narva.

That is, in essence, the current line of the organization. But it misses the point: urban operations are not a subsidiary of a more generic type of combined operations, they are an entirely different set of operations, as different to the rest as they would be if the laws of physics applied differently. Population, both as an objective and a shield, has a gravity of its own, with moral, psychological, legal, political implications that utterly change the nature of the fight.

Another excuse routinely presented is that all NATO nations have already prioritized urban operations in their training activities. That is true but it only applies to basic tactics, techniques and procedures such as scaling walls and door-blasting. The operational level implications of large-scale urban operations are neglected.

The current NATO style of war, heavily indebted to US doctrine, is based on stand-off, long distance precision strike, delivered on an industrial scale, with the avowed intent of destroying any adversary long before he has been able to engage our own troops on the ground. This assumes air supremacy and domination of the electromagnetic spectrum. It allows for minimization of casualties, on our side, but operations conducted by some members are sometimes oblivious of collateral damage at the receiving end – an issue of itself, when innocents happen to live in the targeted area.

All these capabilities are desirable and generally successful – in the open. Unfortunately, our adversaries will not be so obligingly minded as to offer themselves to immolation in the open. They will deliberately suck NATO into an urban battle, for three reasons: (1) because that is where the objective is (the seat of power, the economic node, the population, the symbol), (2) because the urban environment negates most aspects of NATO technological and operational superiority, and (3) because urban combat puts a premium on manpower, quantitively not a natural NATO advantage.

The issue is compounded in the case of a large-scale war against a near-peer adversary overshadowed by the nuclear threshold, where both sides will in effect sanctuarize their Anti-Air/Area Denial (A2AD) bubbles on nuclear-protected territory, thus reducing the scope of unfettered war to the contested area. Which implies that air supremacy, the linchpin of the American way of war, will not be achievable, thus severely degrading critical capabilities such as intelligence collection, electronic warfare, and the general application of airpower in support of ground operations.

The NATO way of war offers two options to resolve this quandary: siege warfare or complete demolition, in other words: liberation by destruction. This was acceptable, not long ago, in distant lands where some NATO members could turn a blind eye to the suffering of the population. In a collective defence situation, neither option is acceptable.

The political side of NATO is reluctant to consider the implications of the future war. The 2019 Annual Report of the Secretary General of NATO describes in great detail all the worthy endeavours of NATO, to include, for example, how NATO is “Investing in State-of-the-Art Military Capabilities”, with not a single mention of urban warfare. In a 125-page document, there is not one reference to the likelihood of urban combat and its implications on capability-building and force preparation. Not one of the major exercises alluded to in the report has an urban fight in its scenario.

In practice, the military side is complicit. NATO has explicitly vested the responsibility of defining the Alliance’s preparedness to SACEURIn MC 458-3, NATO Policy on Education, Training, Exercises and Evaluation (ETEE), it is stated that “SHAPE shall coordinate the planning and execution of evaluations with Allies and subordinate HQs and provide strategic direction and priorities for the evaluation of forces and HQs. SHAPE is responsible for identifying the operational requirements for current and future operations as well as reporting performance deficiencies in existing capabilities. SHAPE's responsibilities also include: developing and maintaining Forces Standards; producing annual guidance for the execution of NATO ETEE by means of SAGE; as well as performing an annual evaluation of NATO ETEE. SACEUR will develop the SAGE based on political-military guidance as well as prioritised training requirements and force capability development needs” (MC 458-3, page 8) (underlined by the author).. Every year, SACEUR’s Annual Guidance on Education, Training, Exercises and Evaluation (SAGE), on a three-year rolling basis, sets the priorities for all NATO-led or -inspired training events, to start with the capstone NRF certification exercises. None of the recent SAGE documents even hint at the priority that should be given to urban operations – this despite ACT having produced, as recently as 2018, an excellent doctrinal documentBi-SC Joint Military Operations in an Urban Environment Capstone Concept, December 2018..

This paper does not pretend there is an easy solution, only that NATO is not looking for the solution. It is SACEUR’s clear responsibility to orient and guide all nations of the Alliance to prepare for the real future of warfare, as opposed to the desired future of warfare.

The current conceptual blindness is an illustration of what President Macron called “brain death”, though he was presumably unaware of this specific item. Such lack of foresight will be judged harshly once our forces meet the reality of combat on NATO territory, and are defeated, or only prevail at horrendous cost, not least to our populations. 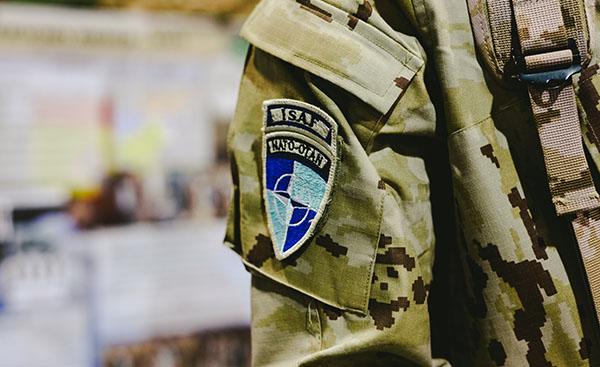 NATO is not preparing for the next war